With a fleet of four unique and award-winning cruise ships, Hapag-Lloyd Cruises is the leading operator of expedition and luxury cruises in the German-speaking countries of Germany, Austria, and Switzerland. The cruise line, however, since the end of 2012, has also been focusing heavily on promoting its luxury cruise ship EUROPA 2 and the expedition ship HANSEATIC to the English-speaking markets, including the USA and Canada, the UK, Belgium, Netherlands, Scandinavia, and Australia. Hapag-Lloyd Cruises' EUROPA 2, which has been in operation since May 2013, is the cruise line's first fully-international ship aimed to appeal to the German and English-speaking markets. See why the EUROPA 2 is the perfect ship for English-speaking guests. 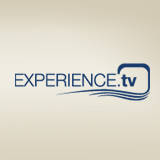