Pop icon, Kim Wilde hosts an exclusive concert on board the EUROPA 2

“Kids in America”, “Cambodia”, “Keep Me Hanging On” and “You Came” – these are just some of singer Kim Wilde’s greatest hits, which she will be performing at her exclusive “unplugged” concert on board the EUROPA 2. This will take place on board the 5-stars-plus ship (as rated by the Berlitz Cruise Guide 2015) on a cruise of western Europe in June 2015, which will call at destinations including Bordeaux. Here, the EUROPA 2 will meet its sister ship, EUROPA – and to mark such a joyous occasion, the guests of both luxury ships will be able to celebrate at this top-class Kim Wilde concert. 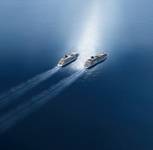 An icon of contemporary music history, Kim Wilde represents synthpop at its best. At her acoustic concert on board, she will surprise guests with new sounds and perform softer versions of her more traditional rock-style hits. Live and up close, guests of the EUROPA and EUROPA 2 can enjoy a truly special type of concert experience with Kim Wilde, something, which is only rarely possible – an absolute musical highlight.

The EUROPA 2 cruise on which the Kim Wilde concert will take place sails for 13 days, departing on 29 May 2015 from Hamburg to Lisbon via List/Sylt/Germany, Honfleur/France, Portsmouth/Great Britain, St. Peter Port/Guernsey, St. Malo/France, Le Palais/France, Bordeaux/France and La Coruna/Spain; the cruise-only cost: from € 5,290 per person. Cruise: EUX1514

Guests on the EUROPA can enjoy the Kim Wilde concert on board the EUROPA 2 at the ships’ reunion in Bordeaux as their cruise sails for 14 days from Lisbon to Hamburg.