Thundering waterfalls, lush rainforests and the legacy of the Maya. Central America assumes many faces. The Central American "continent" comprises Belize, Costa Rica, El Salvador, Guatemala, Honduras, Nicaragua and Panama. Thanks to its eventful past, travellers to Central America can look forward to a huge variety of historical and cultural sights.

They used the number zero, and developed an exact calendar and sophisticated writing. In their cities, they built magnificent edifices. Still to this day, the mysterious Maya nation draws people under its spell. As our guest, you can marvel at famous historic sites such as the pyramids of Chichen Itza or the archaeological site of Teotihuacan. One of the biggest excavation sites on the American continent is Tikal National Park in Guatemala. A miracle of technology awaits you on a daytime passage through the Panama Canal. The 81.6 km long canal links the Atlantic at Colon with the Pacific at Balboa.

Our pre-cruise programmes in Central America offer insights into vibrant Mexico City: come on board - and immerse yourself in the fascinating diversity of an incredible city. In addition to the historic centre with the main plaza known as the Zocalo and the cathedral, you will also visit Coyoacan, the district where the house of the famous artist Frida Kahlo is located, and more.

South America – one continent, many facets

With an area of about 18 million km2, South America is the world's fourth biggest continent. Just under 400 million people live in the southern part of the Americas. To the east of the subcontinent is the Atlantic Ocean, while the Pacific lies to the west. At the southernmost tip, you come to the harsh terrain of Tierra del Fuego, before the Atlantic meets the Pacific at the legendary Cape Horn.

Kilometre after kilometre of just grassland, mountains, ice and sea - it seems to travellers as if Patagonia goes on forever. As our guest you will explore the Valdes Peninsula and more. Here you can watch sea lions and penguins glide through the water and rheas strutting around leisurely. Nature lovers will find what they are looking for in Tierra del Fuego in particular: Tierra del Fuego National Park is renowned for its exceptional biodiversity. The Garibaldi Glacier is ready for you with moments of wonder - its glittering blue beauty captivates visitors from all over the world. Bernardo O'Higgins National Park awaits you in the Andes, where one of the main attractions is the Pio XI Glacier. Yet whether you are in the majestic Andes or cruising in the Chilean fjords: as our guest, you will enjoy magnificent views of mountains, lakes and bays.

However, urban life in South America also has its attractions. Stroll through Uruguay's vivacious capital - and feel the people's inimitable and infectious zest for life. Rio de Janeiro - cosmopolitan and enchantingly dynamic. With its fabulously beautiful architecture, Ipanema Beach, and spectacular views from Sugarloaf Mountain, Brazil's second-largest city beckons. Back on board, your cruise will be accompanied by Latin American rhythms.

All expeditions and cruises in Central and South America 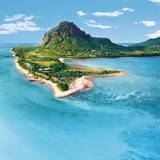 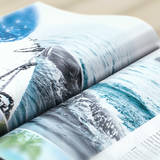